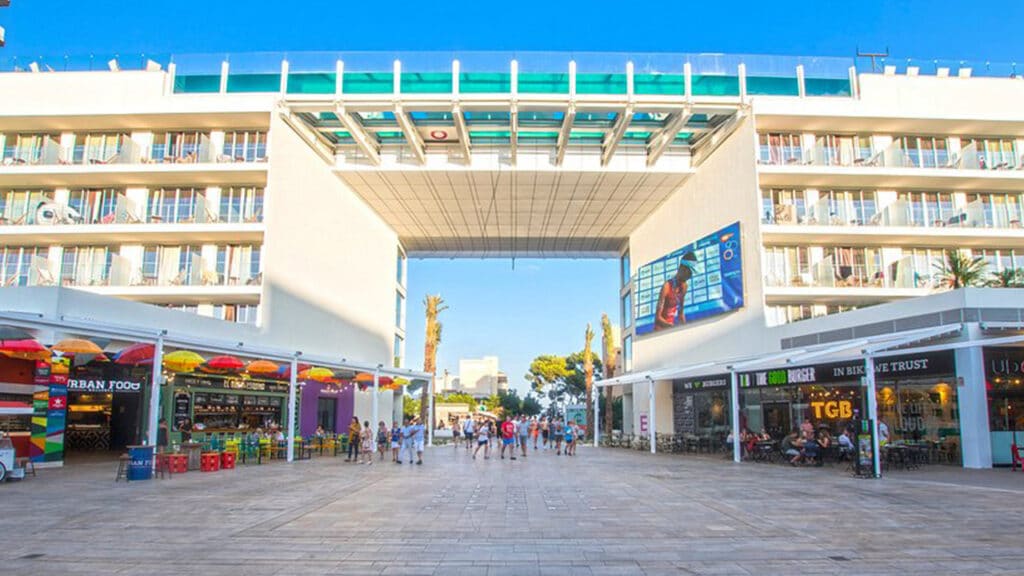 Magaluf hosts excellent weather and makes it the ideal place for your hen party and stag do.

Magaluf hosts excellent weather and makes it the ideal place for your hen party and stag do. You won’t be short of clear blue skies and there is a pretty consistent climate here, that isn’t going to ruin your stag or hen party. With appropriate temperatures all year round as well, you can visit Magaluf any time of the year. Magaluf is inevitably most popular in the summertime due to this being the peak month in terms of heat, letting everyone stay out long into the night. Everyone is different though and has various preferences, so it is important to understand the weather and what you should expect during the month you intend on visiting Magaluf.

Kicking off with the weather in Magaluf in April, the temperature in Magaluf during this time of the year is pleasantly nice. This is essentially when the spring season begins so you are likely to receive good temperatures around this time. On average you’ll find it to be roughly 12°C or 13°C for the most part of April, however you can expect this to increase as the month concludes and see it rise all the way up to 17°C, it really can change a lot in April.

In recent years we have seen it hit the 20 mark as well so the heat in April shouldn’t put you off in any way. Whilst on your stays in Magaluf in April, there is a low chance of it raining often, but you might have the odd shower whilst you are there. Nothing to overly worry about as temperatures are pretty consistent and showers don’t last long at all. The sea temperatures in this heat are bearable but obviously not as good as the summer months. Water sports are still on offer all over Magaluf, even though it may be a bit chilly to partake in.

April is usually the month when most of the Magaluf bars and clubs open.

The most popular month for a Magaluf hen party or Magaluf stag do. Mid way through spring, May is an ideal time to head out to Magaluf on a hen or stag party as the weather accommodates tourists perfectly. The average temperature is in and around the 18°C mark but sometimes does rise up to the 20s. The highest ever recorded temperature in May was up at 34°C, so the weather really can vary in May based on the stats and evidence. Nevertheless, it acts as an exceptionally reliable month and very rarely has any rainfall so you can sit back, relax and enjoy the superb weather.

We’ll say that May is the next best thing to the supreme summer months so if you can’t make it July, then May is almost as good. With the days being longer as well, you can expect to see up to 12 hours of sunshine each day, with limited fog. Expect to see some beautiful sunrises and sunsets in may as well, through the beauty of the Spanish horizon

The weather in June is near the peak of the best in Magaluf all year round. Being the month behind the big summer holiday period, June is still a great time to see Magaluf, despite the fact that it isn’t as popular for stag and hen parties as May and September. This will be advantageous because you’re going to miss the crowds and have a more relaxing time away in Magaluf.

For general average, you are looking at around 21°C in June, with temperatures sometimes being higher and exceeding the 25°C mark on some occasions. It’s rare that you will find a day in June that is under 20°C in this month as well so you are getting a really good offer when visiting in June from the weather. You can sit out well into the night as there is a high temperature all day round in June, even at night. When it comes to rainfall, it is pretty much non-existent in June with only 15mm on average for the whole month being the case.

July unsurprisingly, has recorded the hottest ever day in Magaluf with a staggering 44°C, however, don’t worry as the typical day in July is usually around the 25°C mark which we consider to be the prime temperature for summer holidays. This has the ability to increase to the 30 mark as well but not to the extent where it is unpleasantly warm. With the Mediterranean sun heating the sea, you’ll find it to be a great experience when you take your first dip and it is warm enough for anyone to enter. This makes July the perfect year to have a go at water sports that Magaluf specialises in.

The beaches in Magaluf accommodate this well and it’s something we highly advise that you do. When you wake up all the way until you go to bed, there will be a nice consistent warm feel outside, with the humidity not being too much to handle.

August has a remarkably similar feel to July in terms of temperature which makes it a great time to visit Magaluf. Now and again, August is hotter than July in Magaluf, so if you’re looking to get the best out of the Magaluf weather, then August is the time to go for you. Thankfully, there is little to no rain during this part of the year in Magaluf so you can expect blue, sunny skies at a perfect temperature for the whole duration of your stay. This means that August is the best month for swimming and sunbathing as well. You can’t fault the weather at all in the month of August and it will keep you smiling for the whole of your hen or stag party.

September is the second most popular and warm months for stag and hen parties so it’s obviously not going to be at the standard of the previous months. The actual temperature in September can range from a modest 15°C all the way to summertime numbers like 22°C. It’s really quite diverse.

The warmest days are at the beginning of the month and it tends to get cooler the further along you go. Autumn is just about beginning so you may see a bit more rainfall than usual if you are planning to visit Magaluf in this month. Don’t let this put you off though because the temperature is still pleasant, and you are able to do the same things you would have done in the summer.

It also may be less crowded and potentially cheaper in price if you book a Magaluf hotel in September, so it does have its advantages. This makes September a very underrated month to go to Magaluf in.

When you think of October you tend to associate it with a cold and dull month however, it is quite the opposite in Magaluf. The average temperature is at an impressive 20°C and is always in between the spectrum of 16-24°C, giving you a reliable stag or hen party abroad, with a decent temperature. On the other hand, one downside of travelling to Magaluf in October is the frequent amount of rain there is. In fact, there is more rain in this month than any other time of the year, so it is important to be prepared if you are planning on travelling in this particular month. Be sure that you kit yourself with waterproofs as well. But don’t worry, you are not going to be experiencing any snow at least, that’s for sure.

Travelling in October is a gamble however, if the weather is kind then it can pay off to be a really good month to book a stag or hen party in. With there being a half term break in October, it could be the ideal time to go away with the family instead of the summer.

Obviously, the standard in terms of weather is not going to be up scratch with the previously listed months in November to March. In general, you are looking at an average of 12°C during these months which might be a bit chilly for some but for you hardcores it won’t make much of a difference.

Usually, there are around 10 rainy days in each month, giving you a 1/3 chance of experiencing rain each day. There isn’t going to be blue skies and long spells on sun in Magaluf during these months either. The climate won’t differ too much to other European countries over this time either, so if you are looking for an upgrade in temperature then you should consider visiting in one of the summer months that we have listed.

All in all though, the nightlife may not be popping during these colder months however, if you are interested in visiting Magaluf for its stunning views and natural beauty, then there’s nothing stopping you from going in these less popular months. A bonus is that you are likely to have a more budget friendly trip and you will most likely avoid the crowds. If you are somebody that isn’t overly fussed about warmer temperatures when you go abroad, then these are the times you should go visit Magaluf. 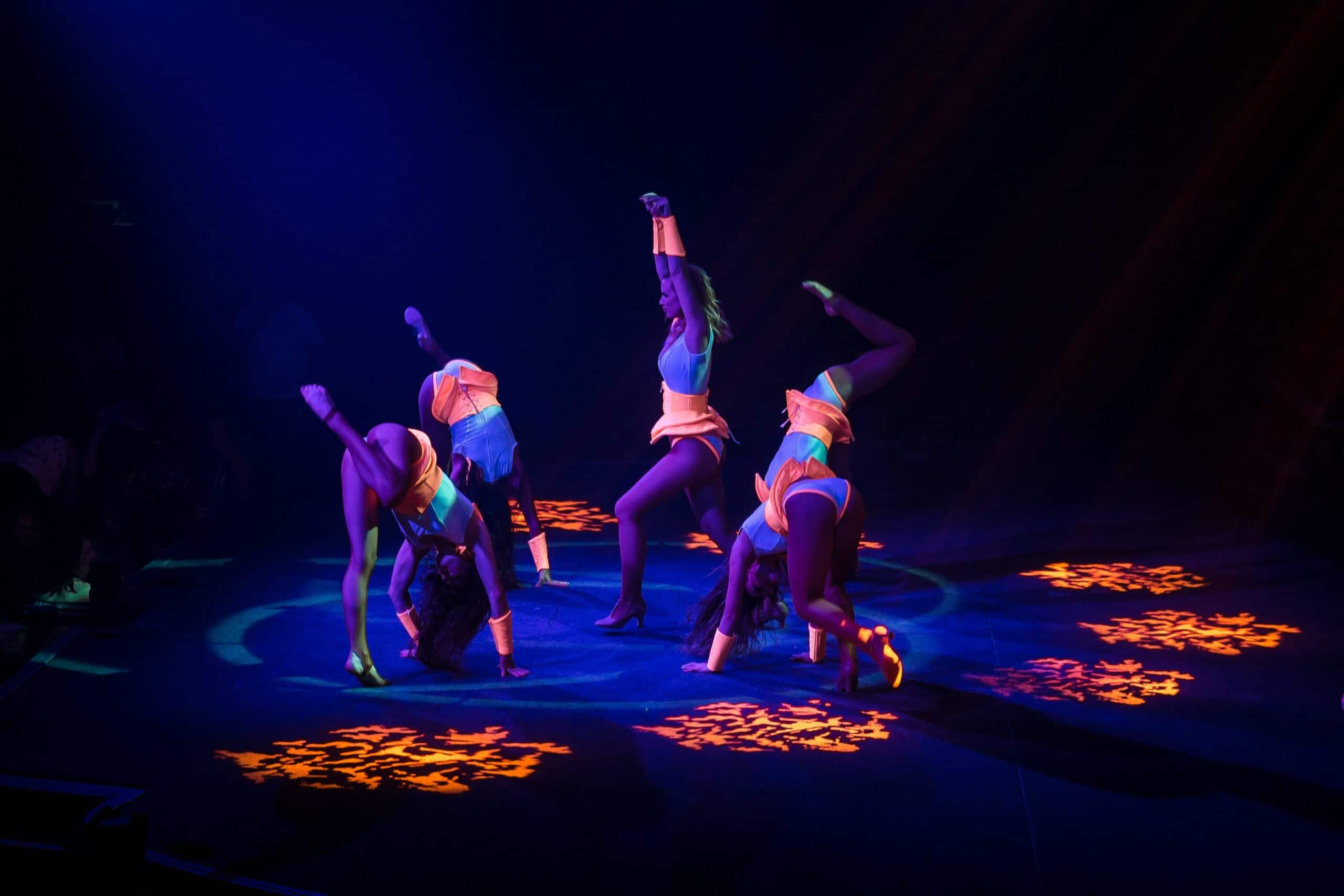 If you’re looking for an adventure that you’ll never forget, look no further than Pirates Magaluf. This attraction is the perfect mix of excitement and …

How To Book Your Magaluf Hen Do

Are you looking for some ideas on how to book your Magaluf hen do? If so, you have come to the right place. In this guide, we will outline some of the best ways to go about booking your hen do in Magaluf. 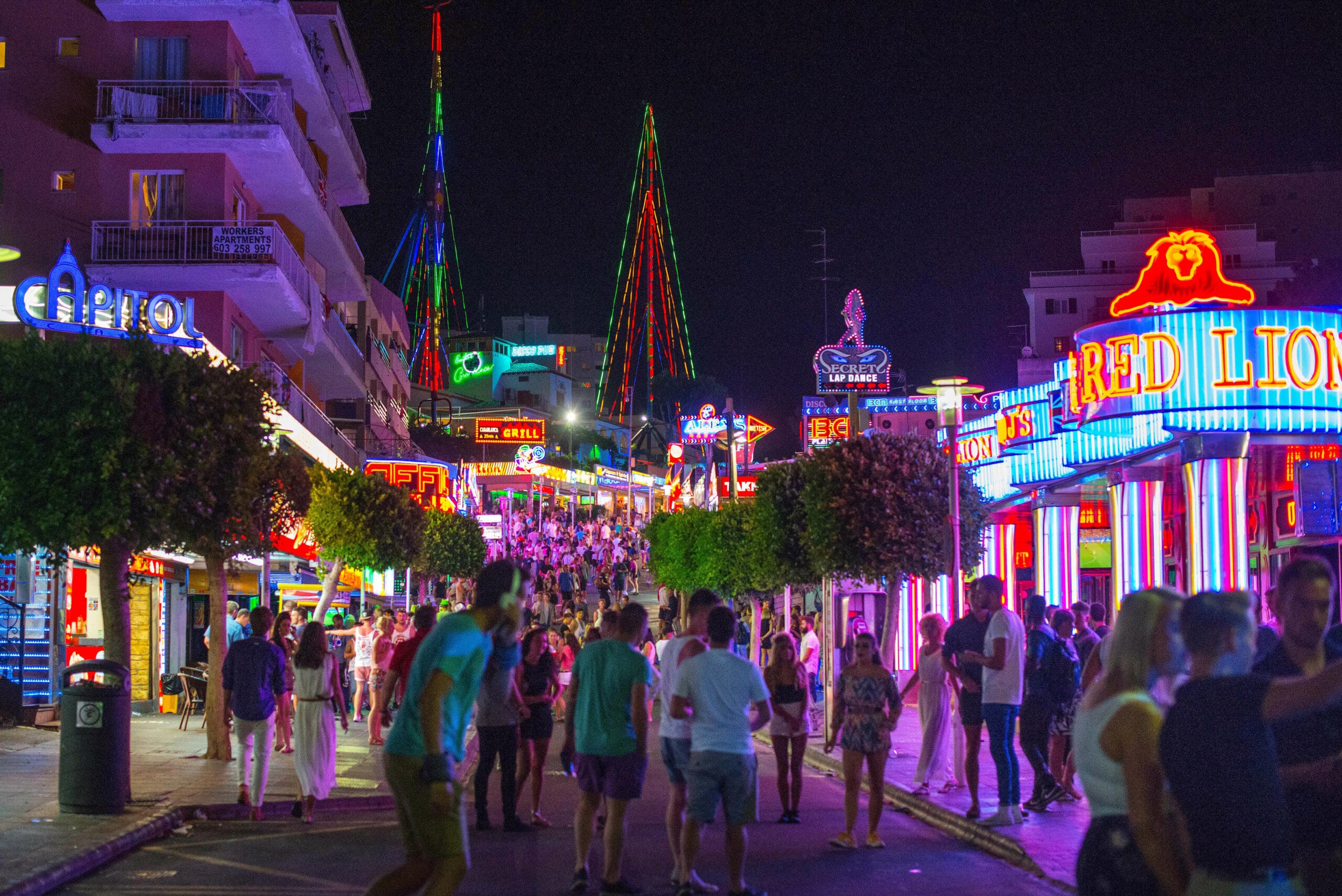 Where is Magaluf? The Ultimate Guide for Stags and Hens

So, you’re thinking of heading to Magaluf for your stag or hen do? Well, you’ve come to the right place! In this article, we will …

When coming to Magaluf on a stag party or hen do, a visit to a beach club is one of the most popular activities to …

Magaluf Stag and Hen is part of The Mallorca Guide brand. We help over 300 stag and hen parties, large groups, and corporate events book their Magaluf holidays and activities.